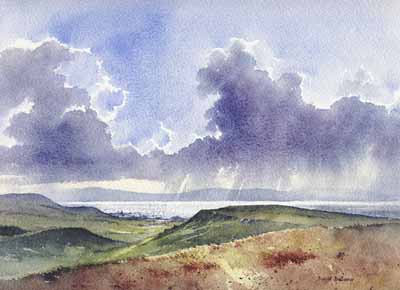 We are both very concerned about the impact of proposed Wind Turbine developments in the Welsh Uplands. Numerous developments of large Wind Turbines are currently being proposed for many of the country’s most beautiful hilltops. Sixteen wind turbine developments already exist in Wales creating an unacceptable visual intrustion. Some turbine developments are currently being built such as Cefn Croes in Ceredigion where huge tracts of land are being devastated in order to install access roads. Visit Cefn Croes website to see the damage. All this destruction in order to produce a very small and intermittent supply of electricity. 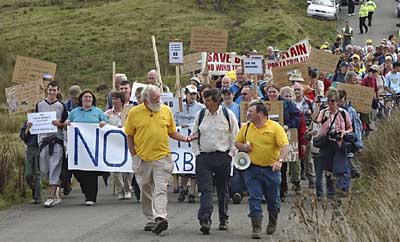