I have made further progress on my painting for the Cox & Kings Morocco competition: The middle distance in a landscape painting is often a tricky area to tackle. It’s important to keep in mind the relative size of features compared to the foreground such as trees and bushes;   the colour temperature must be carefully controlled;  and we must resist the temptation to render too much detail to features that are distant. 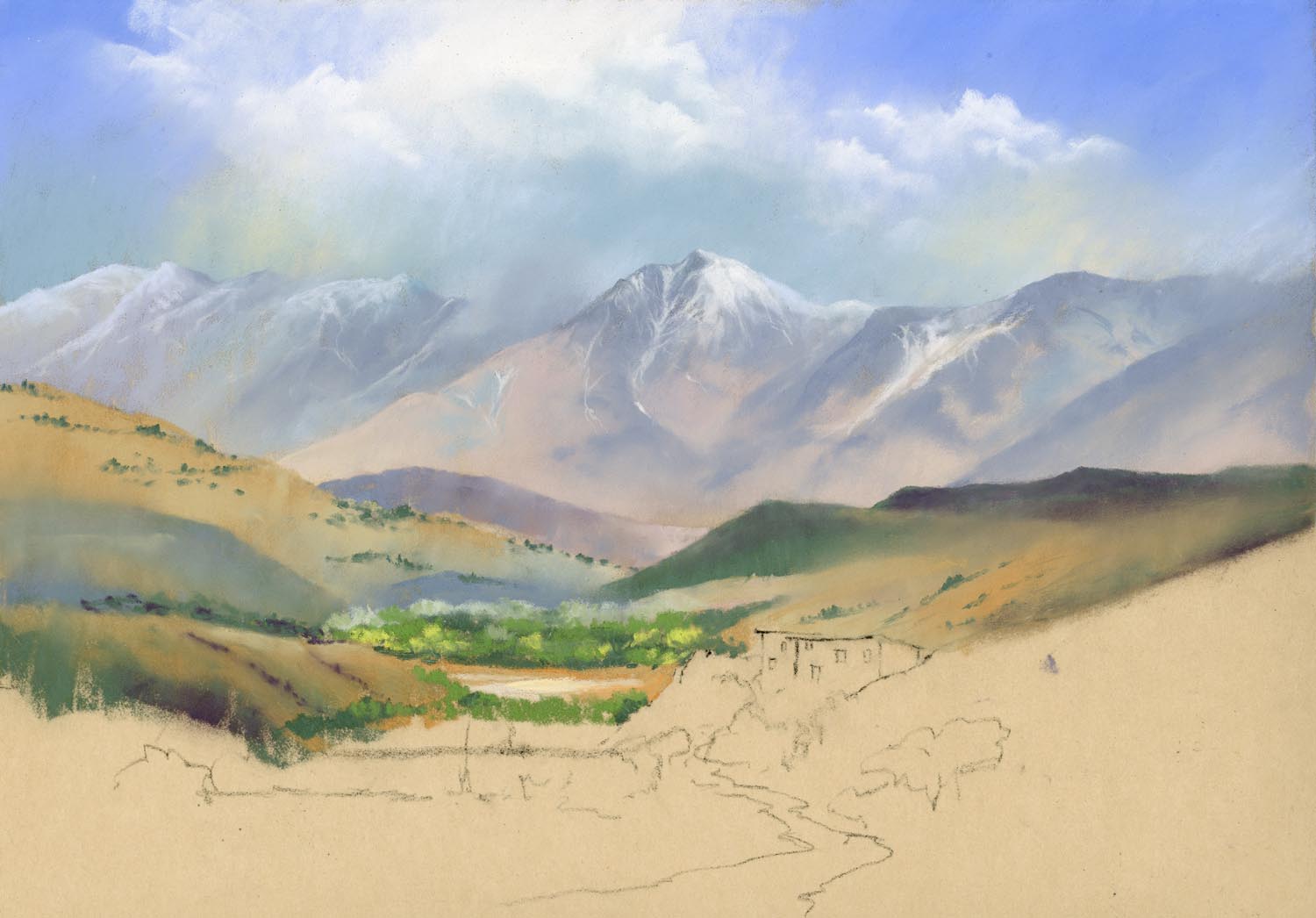 In the photograph there were very strong, sharply defined cloud shadows on the hills on the right and initially I painted these in as they were in the photograph but I quickly realised that they were drawing the eye too much and would compete with my focal point so I softened them considerably. The hills on the left were lighter in tone with less tonal contrast so there was no need to soften them too much.

The next stage will be the focal point, the building, and the foreground. See you in a few days.

5 thoughts on “Stage 4 of my competition entry”