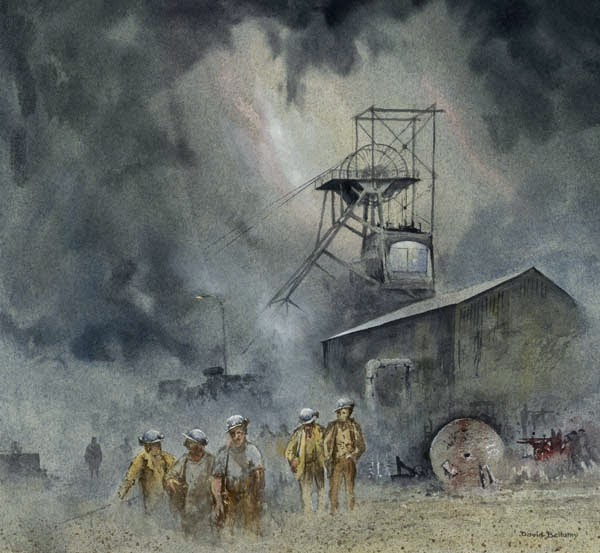 I have always been fascinated by industrial subjects and they make an excellent change from landscapes, especially if you feel yourself getting into a rut. Many years ago I wrote a book Images of the South Wales Mines, and did quite a lot of work in and around the mines at the time when they were being closed down as the government of the day wrought its vengeance on the mining industry. Now all deep mining has ended in Wales and I have been working on a few more paintings of this vanished era. 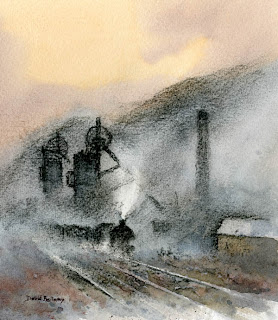 The painting is a watercolour and charcoal work of Marine Colliery, Cwm, showing a coal train getting up steam. When it comes to painting industrial subjects I am a great fan of dirt, dust and steam, as it not only can create instant atmosphere, but can hide the bits you don’t want people to see. This is especially useful where you are painting a scene that no longer exists, and are not sure about what exactly went where! While this was not true of the painting depicted, I have used the ploy in other situations, so if you are painting such scenes do make full use of the dirt and dust.

This is one of a collection of paintings that will be on display at the Corner House Gallery at 38 Quay Street, Ammanford in Carmarthenshire. Tel. 01269 594959  They will be exhibited from the afternoon of Thursday 4th August onwards, and I shall be there on that afternoon, so do come along and have a chat. To see some of the paintings in the collection click here.